14.01.2022 20:21:39
Hot Topica
Yeah but its a fun state sport.
I think what drew a lot of people to the site, besides the fact that bimbo/himbo/thembo memes are popular right now, is that it is an adult centered dress up game. I didn't come here wanting just to dress up a doll like how I normally like to dress. I wanted to dress up a bimbo. I wanted to make my little player avatar look hot and powerful lol. That's why I came up with a silly name like Hot Topica, and several others on here have made their own fun names. It's like a bimbo persona.

Since I was mentioned here earlier, I’m going to reply something. Chris, you indeed asked my opinion back then, and I told you I didn’t like Ximboland. I started a thread to collect ideas from players and we got a nice amount of good ideas, but unfortunately nothing happened after that…

And here’s the reason why I wasn’t so into Ximbo name: I’m worried that Ximboland doesn’t attract new potential players. Word Ximbo doesn’t mean anything at all (except the many times mentioned Mexican dish) to those who don’t know the bimbo, fashion & politics concept of this site. Also, Bimboland has always been difficult to find, it doesn’t show as a result when you google “fashion game” for example, so I'm worried that Ximboland might be even harder to find.

As I have said before, this is your game and name change is your decision. And as it has been mentioned already, other games don’t ask players either when it comes to questions like this.

Anyway, I’m not very worried if we don’t attract people who are specifically interested only in bimbofication, they might as well be interested in other categories, such as fashion and community - which both can attract even a larger group of people and which I, for example, am here for.

Tbh, I don’t see this very kinky site either, even though it was called Bimboland, I mean, maybe I’m so used to it at this point... but I’m personally here for fashion, dressing up and the community. I don’t mind seeing dildos because they are normal part of adult lives. We all are supposedly adults and we most likely have seen some pubic hair or nipples as well. Despite the name change, the age limit of the site is still 18, so if you are still uncomfortable with adult themes, this site might not the be the right one for you. Right now it seems that renaming the site doesn’t seem to mean rebranding the whole site, the game, items and themes are the same, so I don’t understand where these concerns come from all of sudden.

If you are concerned of your state sports, you can always contact your State Minister and give them better suggestions, state sports is their responsibility and they can change it whenever they wish! :)

Overall, I don't mind the name change too much, the game is still the same. I sure hope all the best for the site and hope that all possible new changes bring more investors even though I'm little skeptical of the newest one myself too.

14.01.2022 20:29:09
Hot Topica
I don't think anyone is concerned about the site fundamentally changing, I think they're just pointing out that the reason for the name change (and the name itself) seems silly.

14.01.2022 20:36:55
Laynee
I- I don’t even care anymore tbh, I will keep on playing because I like the game as of now, and like, whatever, it’s just a game, but if there were to be lots of censorship and such, it will be just like any other dress up game, and B(X)imboland will lose its charm to me, personally, particularly, individually to me, a single person, so don’t take this at heart x’all. 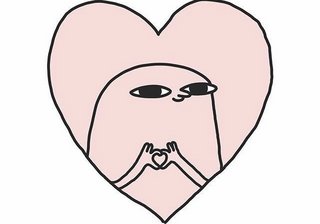 i believe that this desire to bring more people here may bring the WRONG people. there is a certain community of different and interesting people who like everything related to bimbification. why not keep the name the same, but just find the right people to advertise? for example, chrissy chlapecka. she is a good example of a person who can bring the right people to bimboland. she has a large audience in tiktok and some more on instagram. and there are many more like her.
btw i learned about bimboland from a girl with 25k on instagram. she just created an account here and posted one outfit in her story, then many people began to ask what kind of site it was and she posted the name. hello everyone, if anyone has ended up here after nicole lmao

might just be me but id rather have weirdoes into bimboification than more tiktok minors running around. The former is at least fun to observe while the latter just makes me feel like I'd have to walk on eggshells lol

14.01.2022 20:44:42
NICHE SYNDROME
↑↑ yes! (i cant quote since i liked it already) having minors visit a 18+ site is nothing new on the internet but considering we have users in their late adulthood is very concerning.

“After all, all adult explicit contest is censored and not allowed, by the game rules, not only forum rules.”
but there’s literally an 18+ Section for sexual items? Like nipples, strap ons, etc.
I get your point, but there’s adult explicit items and stuff…

this is just a handful i found on a basic search that took less than a minute. You can totally support chris and thats fine but theres no point in saying stuff that just isnt true.

Tfw u claim this is isn't a sex/kink focused site

This, won't even bother to comment or reply... obviously comes from troll account. Prove I am wrong!

Good to know if you slightly disagree with a bigshot on the titty site, you get you opinion slapped with the "Disagrees out of Spite" hammer. Brainworms.

14.01.2022 21:43:14
Dye96
Yeah, soooo...
Bimboland became Ximboland. As I said in my previous post, I didn't like the suggestion and I tried to bring to the table other options, just like Toki did before me. At the end of the day, the site still belongs to Chris and he may change the name however he wants without consulting the user base or anyone at all. Not really something we can do about it. I put my hope in going back to Bimboland, because it's what defines us really.
However, this discussion went from site change to asking why the players weren't consulted, to why the site has nipples and 18+ stuff. Lilly explained the difference between being 18+ and pornographic very well, so I'm not going on about that again. Sure, we can go back to 16 - we'll replace all sexy stuff in shop, forbid a lot of things in forum and, of course, ban a lot of players for inappropriate usernames, most of them being your friends, but I very much doubt you want this.
Now I wish the fashion contests were this hot as this topic :) Perhaps Miss Bimbo should host the next ones.


14.01.2022 21:43:14
Bimboland Prime Bimbo. Feel free to DM me for any kind of issue concerning the forum and the site overall.
Bimboland Fashion Week - all states, multi-round contest

Hot in the forum

Ximbo.land is registered trademark of BIMBOLAND LTD Company number 10619812  | Terms and conditions  | Wiki  | F.A.Q.  | Report a problem  | Contact Us Back to top ↑
Ximbo.land uses cookies to provide an optimal experience.
By continuing to browse you consent to our cookies.
OK
Learn More

When you use and access the Service, we may place a number of cookies files in your web browser.

We use cookies for the following purposes: to enable certain functions of the Service, to provide analytics, to store your preferences, to enable advertisements delivery, including behavioral advertising.

We use both session and persistent cookies on the Service and we use different types of cookies to run the Service. We may use essential cookies to authenticate users and prevent fraudulent use of user accounts.

In addition to our own cookies, we may also use various third-parties cookies to report usage statistics of the Service, deliver advertisements on and through the Service, and so on.

Please note, however, that if you delete cookies or refuse to accept them, you might not be able to use all of the features we offer, you may not be able to store your preferences, and some of our pages might not display properly.

You can learn more about cookies and the following third-party websites:

What is its mission?
To unite the world.

Where is MissBimbo.com? Miss Bimbo was much better than this site.
The Internet republic of Ximbo land was created by Miss Bimbo herself and is its more intelligent successor. The old site was for junior bimbos. This site is for intelligent Ximbos.

What is the national flag of Ximbo land?

When was the Internet republic of Ximbo land founded
2007

What is the capital city of the Internet republic of Ximbo land?
Bimbo City

What is a Ximbo citizen?
A ‘Ximbo’ or ‘Ximbo citizen’ is a member of the internet republic of Ximbolands community.

What is a Ximbo senator?
A Ximbo senator is a senior member of the Internet republic of Ximbo land. Only senators are eligible to put themselves forward for election to become State Ministers and then ultimately the Prime Ximbo.

Who is the Prime Ximbo?
The Prime Ximbo is the democratically elected head of the Internet republic of Ximbo land.

Can I become Prime Ximbo more than once?
Yes ­ a Ximbo can hold the position of Prime Ximbo for 3 terms max.

How often do elections take place?
The Internet republic of Ximbolands holds elections every 4 months for Prime Ximbo and 4 months for State Minister.

Where do important discussions take place?
The Forum.

How is the treasury calculated?
The treasury is funded by the Ximbo citizens.
A percentage of the money paid by Ximbo citizens via Paypal and SMS is transferred into the Ximbo treasury. The rest is wisely used for further game development.

What is the currency of Ximbo land?
The Ximbo Dollar (B$). Currently it is pegged in value to the US$

Type name of the Ximbo you are looking for...